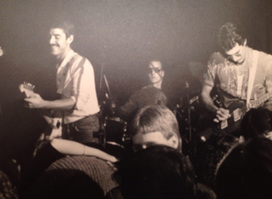 In 1981 Jay graduated from High School and went to Bowling Green to attend WKU and study commercial art. While in Bowling Green he played music with friends and fraternity brothers. He and his fraternal big brother Dennis Holt formed an acoustic band called “Behind Time” that played music ranging from Bill Monroe to Jimmy Buffett. 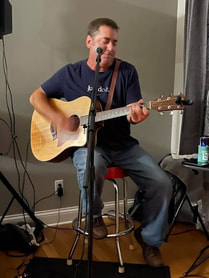 After graduating from WKU he moved back to Louisville where he eventually reunited with his drummer Terry Malone. They added Matt Garlove (bass) and Geoff Springer (lead guitar) forming a band called “The Wendells”. The Wendells played a variety of venues in the Louisville area and recorded an EP of Jay’s original songs before splitting up. Jay played in several bands and continued to write songs throughout the 80s and 90s.

Then he stopped playing music for about 10 years following a near fatal car accident in 1998 in which his throat and tongue were severely injured. While he hardly picked his guitar following the accident, Jay didn’t loose his love and passion for music. In fact, he developed new appreciation as he listened from the “sidelines”.  This experience and gave Jay a new perspective on life and music.
"Follow your musical instincts. Do what you feel is right.
Don't be relegated to a certain category." - Glenn Frey 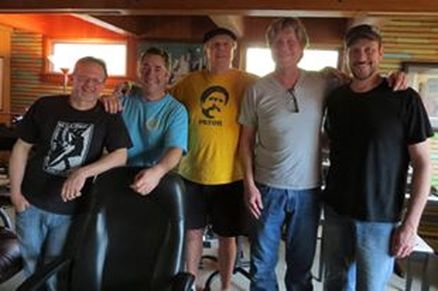 About 10 years after the accident Jay dusted off his guitar and at the urging of some good friends began playing music again.  That’s when the chord progressions and melodies began to seamlessly flow out.  His tunes impressed local recording artist and music producer Turley Richards.  So Turley encourage Jay to record a demo and connected him to Howie Gano (Louisville Recording Arts) and Greg Foresman to do a recording project.That project turned into a 6 song EP called Jay Stewart and Friends (now available on iTunes).

Jay currently plays solo and duet gigs and recently finished a new recording project with the help of Turley, Greg, Howie, and some other talented friends. His latest album called "Simple Truth" was officially released via CD Baby in the Fall of 2016.
"I really enjoyed playing on Jay's tunes.  His humble and positive approach to collaborating and recording is refreshing." - Greg Foresman
Copyright © 2015